A few years ago the IJSBA decided to change the format for it's premier ski class, Pro Ski Open, to a three moto format. The idea being to give fans more of what they came to see by showcasing the best riders in the world three times as well as giving racers the luxury of being able to recover from one bad moto and still have a shot at a world title. The three moto format harkens back to the early days of motocross in this country before the more popular two moto format was adopted (and currently run for all other classes). And although it does make scorekeeping a bit challenging at times, it clearly accomplishes the already stated goal of giving race fans more of what they came for as well as challenging racers both mentally and physically to the nth degree throughout a long day of racing.

French Champion Jeremy Poret entered the day having already aced the Pro Ski GP championship with perfect 1-1 moto scores a day earlier which makes his total domination of Pro Ski Open even more remarkable. Poret, on his Bullett Racing SXR took control early in both of the first two motos over a very formidable field that included former champions Chris MacClugage and Mike Klippenstein, who have amazingly amassed over forty world titles between them, as well as young lions Brock Austin out of Bountiful, Utah and Japan's Shotaro Kokubun, both of whom blew minds with incredible riding throughout the day. In addition to the competition, course designer Blake Corning decided to ratchet the pressure up a level, or three, by installing a treacherous triple log-jump section in clear view of the grandstands. Poret's early leads were critical as they allowed him to keep a great deal of the carnage and drama taking place, particularly over those log-jumps, in his rear view mirror.

As you will see in our video coverage, the day belonged to Poret, who put together a perfect combination of clean starts, blazing speed and smart, in control racing, that, combined with his Pro Ski GP championship, resulted in one of the most dominant world finals performances in pro ski racing history. Congratulations Jeremy! 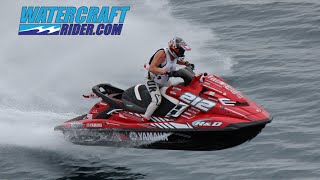 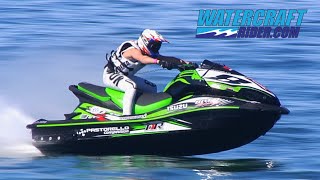 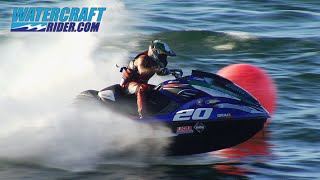 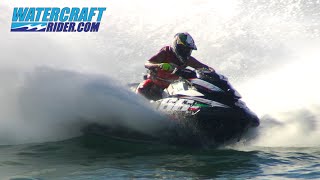 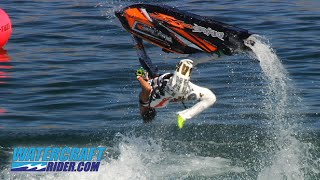 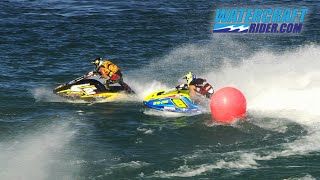 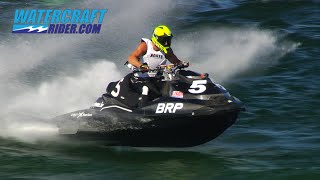 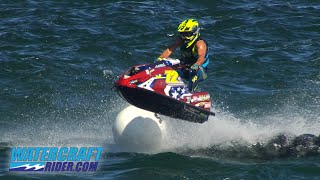 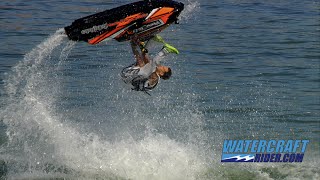